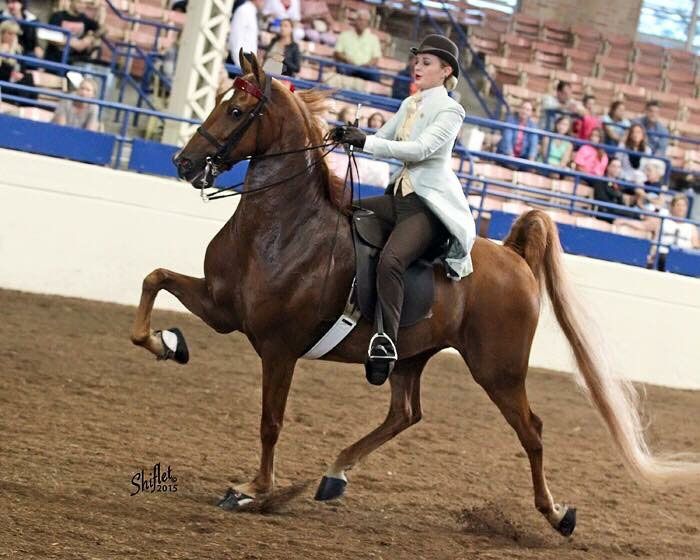 This game and exciting gelding had several seasons winning top ribbons in the Open and Amateur 5-gaited divisions before moving into pleasure. He won the Junior Exhibitor Five-Gaited Championship at the 2015  IAHSA Spring Warm-Up Show, then went on that season to win the Junior Exhibitor Five-Gaited Pleasure Championship at the UPHA Chapter 5 Show and was Reserve at the MIdwest Charity.

He was also fourth in a strong class at Louisville in 2015 in the Junior Exhibitor 5-Gaited Show Pleasure Championship, after securing a fourth in Sec B of his qualifier.

He is primed and ready to go for your competitive amateur or juvenile rider this year and we invite your visit for a test ride! 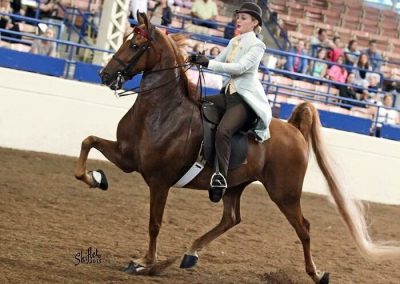 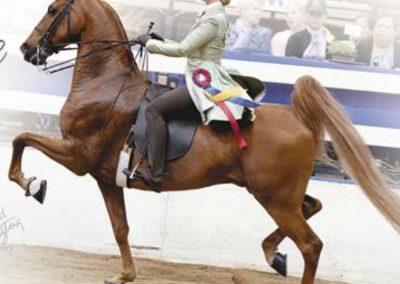 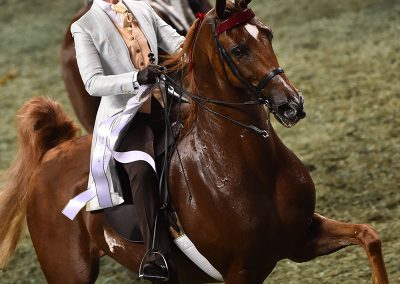 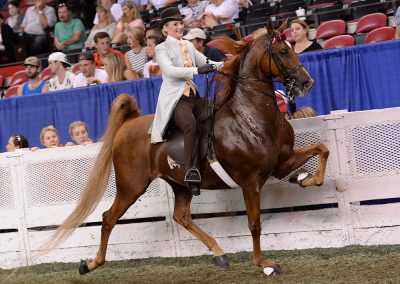