A many-time champion and a World Champion gaited stallion, now siring exceptional athletes in all divisions! 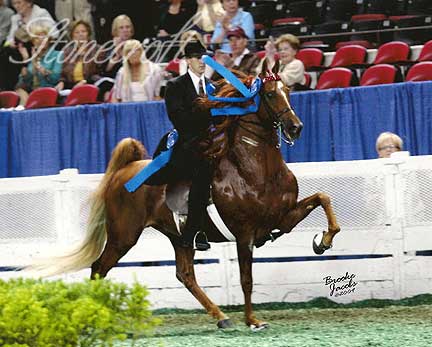 WC I’m First was the first horse to win the Stallion Stake three times or more since the incomparable CH Skywatchlast graced the green shavings 25 years ago this year. Before CH Skywatch, three time or more Stallion Stake winners included Will Shriver, Yorktown, Wing Commander, Chief of Longview, King’s Genius and Edna May’s King. These are the Who’s Who of our breed’s foundation. This puts WC I’m First in a class by himself in contemporary breeding circles.

Now we are seeing the realization of our plan as the progeny of this tremendous performer have been lighting up show rings around the country. With a very limited number of get, he has already sired:

With only four three-year-olds in 2013 and 14 two-year-olds, we are thrilled to watch the debuts that will be happening in the show ring in the next few years. His consistent ability to produce beauty with extreme athletic ability is sure to make him a true asset to our breed. He is an ideal cross with Callaway Hill bred mares, as well as the Yorktown and Supreme Sultan lines.

Breeding and raising horses is expensive, but well worth the effort when you can proudly watch something you planned carry home a blue ribbon. Stack the odds in your favor and make the wise choice. World Champion I’M FIRST is destined for great things in the breeding shed. 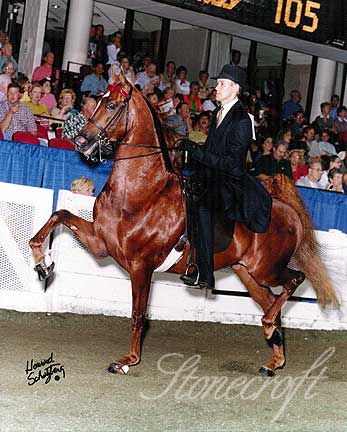 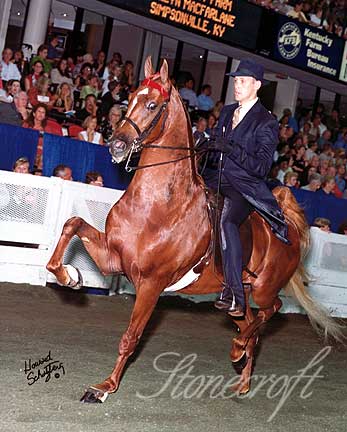 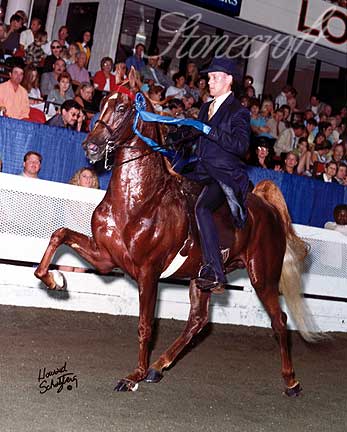 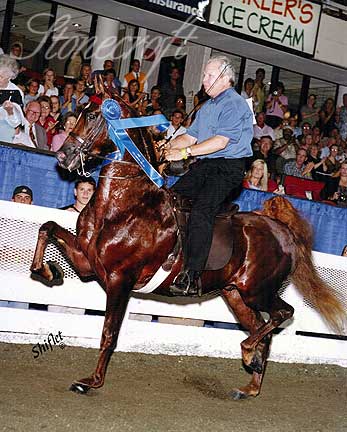 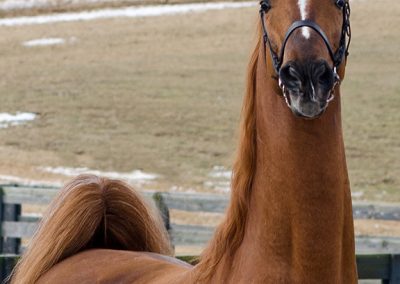 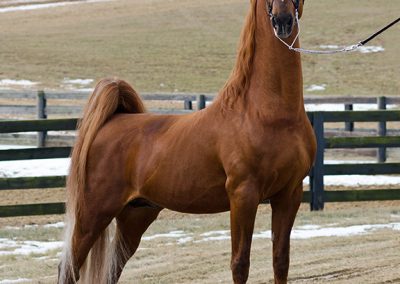 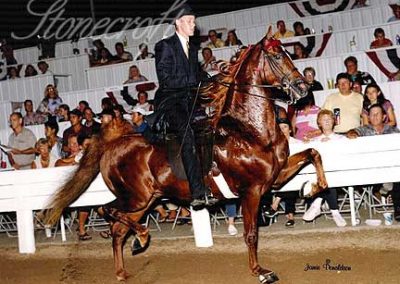 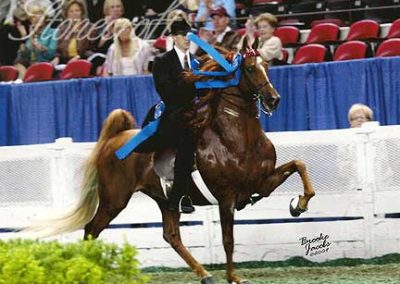